Why Won’t They Publish My Press Release?!

Here’s how you can avoid these mistakes.

Make sure the lede (opening sentence) includes elements that make a press release newsworthy (i.e., timely, significant, relevant, linked to a prominent person, or human-interest related). Then do your best to predict the questions people are likely to ask, and use the press release to answer them. A press release is different from promotional writing–save that for brochures and advertisements. In a press release, if you want to include an opinion, be sure to attribute it to someone. Otherwise, stick to the facts.

In a press release about a high school student garnering a prestigious award, here’s a press-worthy opener:

Eureka, California – On March 29, Raya Mahony became one of only two South Fork High School seniors ever to receive a coveted “Stellar Student” award from the Rising Stars Foundation.

In the Southern Humboldt County region of Northern California where the press release was published as a news story, the press release highlighted a remarkable accomplishment by a local student, a verifiable fact. The word “coveted” is a little risky, but if you can prove that many people apply and few people win, it’s a legitimate claim.

Here’s a lede that would be rejected immediately:

Eureka, California – On March 29, the Rising Stars Foundation recognized Raya Mahony for her amazing accomplishments; Mahony is the kind of student and human being who makes students around her become better themselves, both academically and personally.

In fact, Raya is just this type of student and deserves these accolades; but to include them, they must be attributed to the person who said them. As most writing does, press releases benefit from the old adage, “Show, don’t tell.” It’s best to use the student’s accomplishments to demonstrate her exceptional nature, rather than simply saying she’s exceptional. Like this:

Mahony has maintained an unweighted GPA of 4.0 while serving in several leadership positions. She is the Associated Student Body (ASB) president, and has been an ASB member for three years. She is the president of 4-H, where she has participated in leadership for three years and has shown animals since she was seven years old. For the past two years, Mahony has served as president of the local chapter of the California Scholarship Federation.

She has served the global community through the local chapter of Interact, holding the position of International Foreign Affairs Director and chairing the Tanzania Solar Energy project, which raised funds to purchase solar panels for a school in Africa.

Then let someone who knows her bring it all home with a quote. Like this:

As long as you stick to the facts and write in the classic inverted pyramid style (putting the most important information first), you should be fine. For more information about how to write a press release that will get published, click here.

If you would rather have someone write your press releases for you, feel free to get in touch. 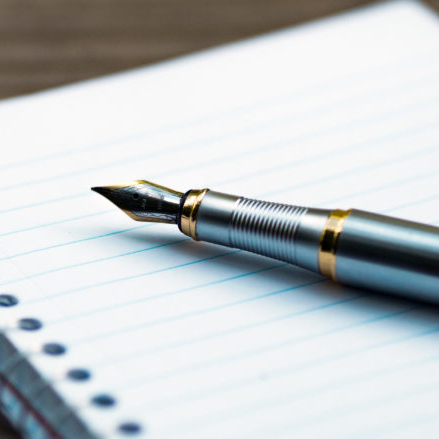